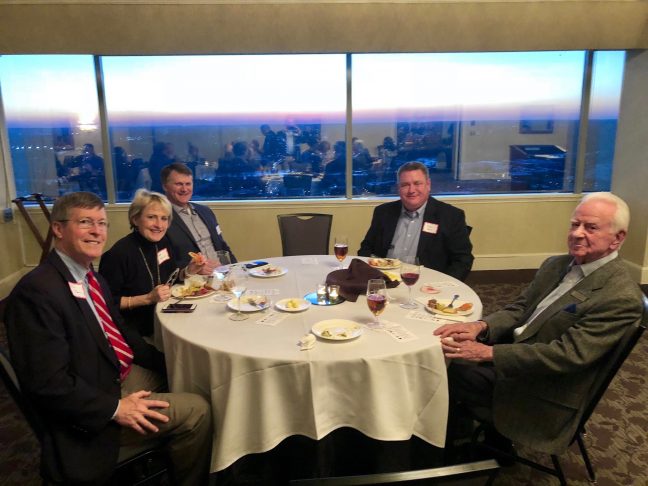 Picking back up after the holiday season the West Point Society of Columbia had its first Benny Havens of the year. Attending were six graduates and family from year groups ranging from 1977 to 2007. In a surprise twist of the night we were pleasantly joined by a member of the Capital City Club – Columbia board of governors, COL (R) Vic Robertson, whose son graduated from West Point back in 1979. We also met Dr. Richard Conant, a Distinguished Professor Emeritus at USC, who agreed to sing the National Anthem at our upcoming Founders Day brunch.

As the hour unfolded, connections were made, ties were strengthened, and reminiscences shared.

If you are living in the Columbia area, to include the midlands, consider membership with our Society. There are no dues and we would love to get to know you.

Connect with us on social media